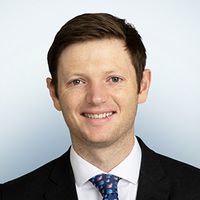 In a consultation commenced on 7 July 2022, the UK Insolvency Service is proposing to implement two “model laws” adopted by the United Nations Commission on International Trade Law (UNCITRAL). These are (i) a partial implementation of the Model Law on Recognition and Enforcement of Insolvency-Related Judgments (the Foreign Judgments Model Law) through the adoption of “Article X” and (ii) the Model Law on Enterprise Group Insolvency (the Group Model Law and, together with the Foreign Judgments Model Law, the New Model Laws). The New Model Laws can be implemented through secondary legislation under the Private International Law (Implementation of Agreements) Act 2020 meaning no Act of Parliament is required. The UK is one of the first countries considering the implementation of the New Model Laws, which the Insolvency Service states is indicative of its ongoing commitment to cooperation and international best practice.

In this post we will look at the two proposals in turn.

The Cross-Border Model Law does not explicitly regulate how foreign judgments relating to insolvency proceedings are to be recognised and enforced, giving countries scope for interpretation in the way the Cross-Border Model Law is implemented in this regard. This has meant that, generally, recognition of foreign insolvency judgments has remained a question of private international law.

Whilst in some countries – like the US – the Cross-Border Model Law is seen as providing a framework for the recognition and enforcement of foreign insolvency judgments, this is not true in England. In England, the Cross-Border Model Law was interpreted, in Pan Ocean Co Ltd, Re [2014] EWHC 2124 (Pan Ocean), as giving the courts, at their discretion, the ability to grant the relief that would be available under UK law in domestic insolvency proceedings. In Rubin and another (Respondents) v Eurofinance SA and others [2012] UKSC 46 (Rubin), it was held that the recognition of foreign insolvency judgments is outside the scope of the Cross-Border Model Law. Insolvency judgments are not considered a separate category of judgments (sui generis) under English law and recognition is governed by the common law or applicable general statutory framework.

The Foreign Judgements Model Law deals with cross-border recognition of judgments that are associated with insolvency proceedings and aims to harmonise the different approaches taken by countries when implementing the Cross-Border Model Law.

The full Foreign Judgements Model Law, as adopted by UNCITRAL in 2018, offers a free-standing framework for the recognition of foreign judgments. However, the Insolvency Service is only proposing to implement a section of it, called ‘Article X’.

Article X states “Notwithstanding any prior interpretation to the contrary, the relief available under [the CBIR], includes recognition and enforcement of a judgment”. Article X therefore removes any ambiguity in the Cross-Border Model Law in this regard and would effectively overturn the ruling in Rubin, insofar as it determined that the Cross-Border Model Law as implemented in the UK excludes recognition of a judgment.

The implementation of Article X is intended to supplement the Cross-Border Model Law by adding an additional relief (the recognition and enforcement of the foreign insolvency judgement) to the current existing list of discretionary reliefs available to UK courts in the context of foreign insolvency proceedings that have been recognised in the UK. Therefore, only foreign judgments relating to foreign proceedings which are already recognised in the UK would fall within the scope of Article X, and the application of Article X would be at the discretion of the court.

If the UK instead adopted the full Foreign Judgments Model Law, the position would be quite different. The Foreign Judgments Model Law would stand alongside (but independently from) the Cross-Border Model Law and would require mandatory recognition of foreign main insolvency judgments unless specific grounds for refusal are met. On the one hand, by removing the UK court’s discretion, this would provide more substantive relief to insolvency practitioners looking to enforce foreign judgments in the UK. However, on the other hand, this would undermine a key concept of English law developed in Anthony Gibbs & Sons v La Societe Industrielle et Commerciale des Metaux, the so called ‘rule in Gibbs’. The rule in Gibbs provides that obligations governed by English law cannot be discharged by foreign law proceedings. Rather, they can only be discharged under English law or where the creditor agrees to the foreign law discharge of the obligations owed to them. The rule in Gibbs gives parties contracting under English law greater certainty of outcomes, which helps English law governed contracts maintain their widespread international use.

Therefore, the consultation proposes the implementation of Article X only because this approach allows the UK to introduce a mechanism for recognising foreign insolvency-related judgments under UK law without uprooting a key concept in our existing legal framework. As mentioned above, recognition of foreign judgements under Article X will be at the courts’ discretion, meaning that the courts will be able to continue to have regard to other UK laws and the rule in Gibbs in particular.

Implementing Article X would provide a mechanism for the courts to recognise foreign insolvency judgments in circumstances where such recognition may not have been achievable previously (for example, Rubin may have been decided differently if Article X had been in place then). It is therefore a potentially significant step towards greater recognition of foreign insolvency judgments.

However, the courts will have discretion in their decisions to apply Article X. The Insolvency Service provides examples of potential grounds for the UK courts to refuse recognition and enforcement of a foreign judgment spanning public policy, lack of adequate protection of creditors’ rights, and exercise of jurisdiction by the foreign court which is incompatible with UK law. The list is not exhaustive, and the UK courts would retain a broad discretion to refuse recognition.

By preserving the courts’ discretion to protect the rule in Gibbs, the scope of Article X is somewhat reduced because the UK courts, in exercising their discretion, may have regard to existing UK laws, including those relating to the recognition of foreign judgments generally. At present, recognition of foreign insolvency judgments in the UK is a complex area of law and, in recent times, the courts have showed reluctance to do so (see Pan Ocean and Rubin, for example).

The Group Model Law aims to facilitate a coordinated plan across the group by introducing provisions addressing co-operation, communication and efficient administration. This can include avoiding parallel insolvency proceedings where practicable and managing the relationships between group entities to avoid value decay across the group.

The Group Model Law champions the concept of a ‘group insolvency solution’ in a single forum by allowing for a voluntary planning stage and procedural coordination. This is not a novel concept, and the European Insolvency Regulation (recast) (EIR) had already introduced a similar idea, called ‘group insolvency proceedings’ which are ‘aimed at finding a solution that would leverage synergies across the group’ (Recital 52).

Under the Group Model Law, groups can voluntarily participate in a ‘planning proceeding’, which is to be considered a ‘main proceeding’, led by a ‘group representative’ who is authorised to represent insolvency proceedings in respect of at least a group entity. A group insolvency solution is a flexible concept which allows for both solvent and insolvent group companies to voluntarily partake. The aim is to implement a unified group process while maintaining each entity’s independency in their assets and liabilities to respect the existing rights of creditors, who would be able to vote on a coordinated group plan on an entity-by-entity basis. The Group Model Law’s ‘planning proceedings’ mirror the ‘coordination proceedings’ provided for in the EIR, but are more comprehensive and far reaching, as they do not impose limits to the group insolvency solution or the type of relief that may be available under local law, unlike the EIR.

A planning proceeding originating in the UK will require an application to the UK court to initiate the proceeding alongside a qualifying UK insolvency proceeding. In the publication announcing the consultation, the Insolvency Service states that the definition of a qualifying ‘insolvency proceeding’ may not include proceedings which could be the group’s preferable route for a restructuring, such as a scheme of arrangement or even a restructuring plan. However, due to the flexible nature of a group insolvency solution, it is possible to implement a wide range of solutions to achieve a beneficial outcome, and therefore a scheme or plan could be undertaken as part of the group insolvency solution.

The Group Model Law, like the EIR, aims avoid the initiation of non-main insolvency proceedings by providing for mechanisms aiding cooperation of courts across different jurisdictions. One example is that courts of the country where the main proceedings are carried out can grant claims of a foreign creditor of a secondary jurisdiction the same treatment which would have been granted to that creditor under domestic law in that secondary jurisdiction – also called a ‘synthetic’ proceeding. In this regard, the Group Model Law expands on the EIR and UK common law cases such as Re Collins & Aikman Europe SA [2006] EWHC 1343 (Re Collins & Aikman). However, the Group Model Law takes a step further, as it also provides a mechanism for main synthetic proceedings which would hopefully minimise main parallel proceedings as well.

The mechanism of synthetic proceedings means that foreign creditors are allowed the benefits of parallel secondary or main proceedings without having to undertake such parallel proceedings in another state. This, however, raises potential issues where creditors in different jurisdictions have conflicting interests, and necessitates further analysis as to how to adequately ensure that claims of creditors in different jurisdictions are protected. The EIR, for example, address this issue by stating that cross-border cooperation is only encouraged where it does not entail any conflict of interest (Article 56-58).