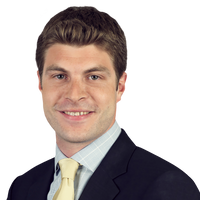 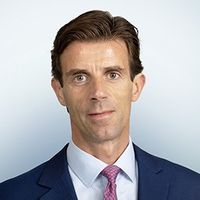 On 26 May, the FCA published a discussion paper seeking views on replacing the current premium and standard segments for equity shares in commercial companies with a new single segment. It follows one of the recommendations in Lord Hill’s UK Listing Review, that the standard listing segment be re-branded as a market with minimum eligibility requirements, where investors develop their own guidelines and criteria for appropriate governance. The FCA’s proposals moot a single segment with mandatory minimum standards for transparency, corporate governance and shareholder engagement, but issuers will have the option at the time of listing to opt in to supplementary continuing obligations based on the current premium regime. Moving in and out of the supplementary regime after listing will require shareholder consent. So would this be a premium segment in all but name (a welcome re-branding), or will there be tangible benefits for new applicants to boost London as a listing venue? One important point is likely to be how FTSE Russell amend their ground rules that govern UK index inclusion and whether the rules attach as a default to the mandatory minimum standards or the supplementary obligations. For any changes to be meaningful, they are likely to need to attach to the core standards and not the supplementary ones.

How would the proposals benefit new applicants?

One possible reform to the listing eligibility criteria should be welcomed by an important and expanding group of potential issuers. The FCA accepts that, while the premium listing regime is valued by some investors for promoting good corporate governance, some of its eligibility requirements lack the flexibility needed by pre-revenue companies (as noted by Lord Hill) and also high-growth companies to accommodate valuation methods that are more appropriate for companies in that stage of their growth cycle. This is most stark in the requirements for a three-year revenue-earning track record and financial history, together with a “clean” working capital statement. Drawing a comparison with Nasdaq, which maintains various different combinations of financial requirements for admission to its different markets, the FCA asks if it is qualified to set these requirements for existing and emerging sectors, or whether enhanced disclosure (instead of a rigid requirement, and likely through the parallel ongoing review of the UK prospectus regime) would be more appropriate to allow investors to make these judgements.

The move to a disclosure-based approach in this area will benefit applicants in those sectors particularly, and it is possible that other elements of the listing regime could also be replaced by a similar approach.

What would this mean for existing standard-listed companies?

Commercial companies with equity securities listed on the standard segment would need to undergo an eligibility review by the FCA to move on to the single segment, subject to transitional arrangements that would likely be put in place. In undergoing that review, it is worth noting that such companies may be subject to the new minimum market cap requirement of £30 million that was introduced by the FCA for new applicants to both the premium and standard segments in December 2021 – the new requirement did not otherwise apply to companies that were already listed.

What would it mean for existing premium-listed companies?

What do the proposals mean for sponsors?

The sponsor regime may be applied to all issuers of equity shares in commercial companies under a single segment (whereas it currently applies only to the premium segment), which could increase the number of sponsor appointments. The paper raises questions, following feedback to CP21/21, as to how record-keeping and other administrative burdens on sponsors could be proportionately eased, or where the role of the sponsor after an IPO could be reduced, without undermining the benefits of the regime to the FCA, listed companies and investors. While those benefits are emphasised and the FCA still regards them as crucial, this is an opportunity for market participants to engage with the regulator to drive reform.

Sanctions: What do they mean for listed companies in the UK in respect of their shareholders?
Ali Sallaway, Mark Austin, Ziyad Nassif, Benjamin Ng