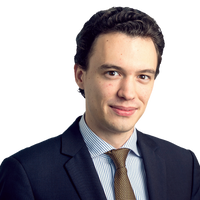 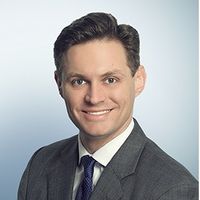 Inspired by the Chicago School in the late sixties and seventies, the advent of the consumer welfare standard in antitrust enforcement, including in merger control, is often regarded as a paradigm shift from the more industrial, organisational approach of the earlier years of the 20th century. While that standard has been applied at varying degrees of intensity in different jurisdictions around the world, it remains a cornerstone of modern enforcement.

With several legislative and non-legislative initiatives in merger control emerging at around the same time in different jurisdictions, it is worth asking whether we are again witnessing a paradigm shift, this time away from the consumer welfare standard. These initiatives in any case presage that major changes are underway and that regulators want to give themselves more leeway in identifying what constitutes competitive harm.

The consumer welfare standard allows merging parties to defend consolidation of their businesses in the absence of evidence that consumers would be harmed by it. In other words, despite different formulations of the applicable legal test (significant impediment to effective competition, substantial lessening of competition, etc.), consumer interests are held to be central to regulators’ assessments of transactions.   It is in this context explicitly or implicitly acknowledged that market concentration is not necessarily a bad thing, as long as it produces good results for consumers.

This conventional wisdom is being increasingly questioned. Several other objectives have been put forward to replace or be considered alongside the consumer welfare standard – protection of competition for its own sake, sustainability, reduction of income inequality or unemployment, to name a few. While the debate has been going on for several years in academic circles, merger control reform now seems to also have a political impetus. Indeed, certain segments of the political left and right seem to be allies in fighting “big business” or the “anywheres” who operate without regard to national interest. Judging by the various initiatives of the past months, regulators entrusted with enforcing merger control laws seemingly also wish to be a part of this conversation.

In the US, legislative changes are on the table to codify structural presumptions against transactions resulting in market shares above a pre-defined level, reversing the burden of proof to the merging parties to show that their transaction would not reduce competition. In the EU, the European Commission is abandoning its bright-line jurisdictional rules to review any transaction it deems potentially problematic to competition. And in the UK, the CMA is taking an expansionist approach to its own jurisdiction. More substantively, there is increased focus on nascent competition and the alleged detrimental effects of consolidation on innovation. Taken together, one can question whether regulators are increasingly viewing mergers as being the ultimate cartels – a stark departure from the presumption that mergers are, or at least can be, welfare-enhancing.

This all means that parties to transactions can expect increased scrutiny and novel theories of harm in the coming years. Intensified merger control around the globe will mean more – and less predictable – merger filings, making deal-making more complex.

Listen to the podcast now

To read more about these issues and developments in merger control laws and policies globally, please see our Global antitrust in 2021: 10 key themes report – merger control.