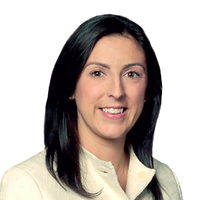 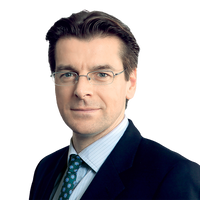 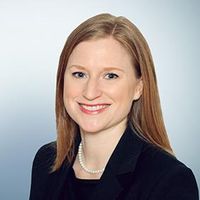 Back in July 2017, Andrew Bailey, then Chief Executive of the UK's Financial Conduct Authority (FCA), announced plans to end the publication of LIBOR rates by the end of 2021, resulting from concerns around their sustainability and integrity.

We are quickly approaching this deadline for LIBOR. The sterling floating-rate bond market for new issuance has almost entirely moved from referencing LIBOR to SONIA rates already. Focus now turns to transitioning the pool of legacy LIBOR-linked floating-rate bonds that have maturity dates falling after 2021.

What are the solutions for transitioning legacy LIBOR bonds?

One solution is 'active' transition, which encompasses the use of procedures such as consent solicitations, bond exchanges or buybacks to switch existing LIBOR bonds to referencing a SONIA rate instead. A number of successful consent solicitations have already taken place in both the debt capital and securitisation sterling markets.

A key advantage of active transition is the ability of the issuer to maintain control of the terms of the transition from LIBOR to SONIA and the timing of such transition. Disadvantages include the time and costs involved with such processes. Changing a fundamental term of a bond will typically be a 'basic terms modification', which trustees cannot consent to on their own. In some cases, it may not be possible to get sufficient bondholders to consent to the proposed transition. Bond exchanges and buybacks are alternative processes but can leave sizable rumps of bonds outstanding and are themselves costly and time-consuming to do.

In the absence of any intervention from the authorities, the alternative would be to allow the contractual fallbacks set out in the relevant bond terms to kick in and thereby determine the outcome when LIBOR is no longer available. In many cases, this would ultimately result in the bonds becoming fixed rate, set at the final available relevant LIBOR screen rate before its cessation. This may not be a desirable outcome for investors or for issuers. In older deals, there may be no fallbacks at all, which would leave the relevant transaction in a very difficult place.

What are the UK Government’s proposals for modified LIBOR rates?

Attention is now focussed on the possibility of a regulatory or legislative solution. On 23 June 2020, the UK Treasury announced that it was planning to legislate to provide the FCA with enhanced powers to manage an orderly transition from LIBOR. The UK Government (taking a different approach to the US Alternative Reference Rates Committee and the EU Commission) does not intend to directly impose legal over-rides on LIBOR-referencing contracts that are governed by UK law.

It is expected that the FCA would use its enhanced powers to direct the administrator of LIBOR to, where possible, replace current LIBOR rates with ‘synthetic’ or ‘modified’ LIBOR rates calculated using a methodology based on SONIA rates plus a credit adjustment, to be published on the same screen page as the current equivalent LIBOR rate. Use of such modified LIBOR rates may be limited to certain financial instruments and also to certain limited circumstances only, but this remains to be confirmed. Legislation is expected to be published towards the end of this year as part of the Financial Services Bill.

While this sounds like a potentially easy fix, there are a number of issues to be considered. For example, will the interest-rate provisions in your bond terms and conditions allow the use of a modified LIBOR rate in place of current LIBOR rates, without amending the bond terms themselves? Some terms and conditions refer to particular characteristics of the relevant LIBOR rate as well as the relevant screen from which it should be taken. It is uncertain whether calculation agents will be able to use modified LIBOR in these circumstances without clear government guidance or legislative instruction to do so.

Another consideration may be how your bonds interact with your other financial products, such as hedging contracts, and whether modified LIBOR rates can be referenced across all products used in the context of a particular transaction/financial arrangement.

Furthermore, it is uncertain for how long modified LIBOR rates will be published and for which currencies and tenors it will be available (so for those using more 'exotic' LIBORs in their contracts, it may be that modified LIBOR doesn’t exist). As noted above, different governments/regulators may take different approaches for bonds governed by laws other than English law.

Given these uncertainties, market participants are being very much encouraged to focus on active transition now, where they can, in order to have certainty about contractual continuity and control over their contractual terms when current LIBOR rates are no longer available. We are happy to discuss your options with you.