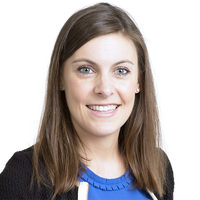 “How will history judge the choices we made?”

It is with this question that EU Commissioner Margrethe Vestager opened last week’s hotly anticipated conference on “Shaping competition policy in the era of digitisation”. The event is part of the work carried out by a team of special advisers who are looking into key developments in the digital economy, their impact on competitive dynamics, and the future of European competition policy. We report back on the three main themes from the conference.

Most of the consultation feedback, according to Vestager, has been “pro-enforcement” and shows a need for further regulation of the digital economy. Competition authorities are becoming more willing to accept Type I risk (over-enforcement) over Type II risk (under-enforcement) especially in digital deals. This more interventionist approach will create additional deal and commercial uncertainty throughout 2019.

The intersection between consumer protection, data privacy and competition policy is a particularly hot topic. Nobel Laureate Jean Tirole observed that further intervention was unavoidable and echoed calls to stop the creation of “walled gardens” around valuable data pools, which could entrench incumbents’ positions and prevent start-ups from developing competing technologies.

Contributors also advocated for a more adaptable approach to competition policy within the existing legal framework. In practice, this means that the European Commission is looking at adapting existing rules and tools – e.g. econometric models and legal theories of harm – to better align with the specific characteristics of digital markets. For example, innovation theories of harm increasingly focus on innovation competition in the broadest sense, rather than assessing the impact on investment and R&D within a defined product market. This is not without controversy, but the general trend is here to stay.

As pressure mounts on the Commission to take on more cases and test new analytical tools, deal-makers should build additional flexibility into deal timetables to allow for more extensive pre-notification engagement with case teams, especially for targets active in tech and data-driven industries. For more on this, see our 10 Key Themes chapter on Digital Deals.

The third theme focused on so-called “killer” acquisitions – deals where large companies acquire targets in the early stages of their lifecycle. Under the current legal framework, the Commission finds it difficult prohibit these deals on the basis of likely harm to “potential competition”. A number of contributors have come out in favour of a proposal by DG-Competition’s Chief Economist, Tommaso Valletti, to reverse the burden of proof in such “killer” acquisitions, such that the onus would be on the merging parties to show the pro-competitive efficiencies arising from the deal. It is early days, but the idea is gaining traction.

In the short term, merging parties should prepare for more expansive document requests, with the Commission paying particularly close attention to transaction documents. Early engagement with key stakeholders and consistent messaging on deal rationale is also more important than ever. For more on this, see our 10 Key Themes chapter on Deal Readiness.

These trends aren’t just about policing Big Tech. As the world becomes increasingly data-driven, a more interventionist competition policy will impact all sectors of the economy, including offline markets. There is still plenty of deal-making to be done, but a highly politicised year lies ahead in Europe and there could be some bumpy rides along the way.