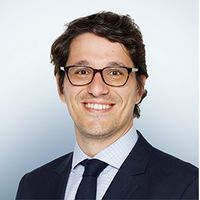 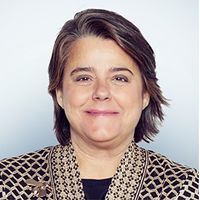 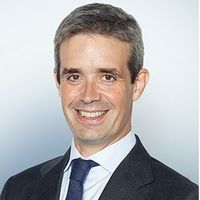 The domestic Spanish tax code does not, of itself, provide for any specific exemptions or favourable regimes for foreign sovereign investors (e.g., Governments, public institutions, central banks, public pension funds, etc.) holding Spanish investments. Therefore, such investors are treated for tax purposes in the same way as any other foreign investor.

However, in recent years the tax environment for foreign sovereigns with Spanish investments has significantly improved through: (i) the negotiation of more favourable bilateral double tax treaties between Spain and certain key jurisdictions; and (ii) specific key judgments issued by the Spanish courts. These developments are discussed in further detail below.

With regard to the expanding network of double tax treaties, the Spanish Government has entered into various new or updated treaties with several countries – recent examples include treaties with China in 2021, Qatar in 2017, Oman in 2015, Kuwait in 2013 and Hong-Kong and Singapore in 2012.

It is interesting to note that, particularly in recent double tax treaties (e.g., the treaties with China and Qatar), the above-mentioned favourable regime negotiated between the relevant states for sovereign investors is expressly extended to wholly owned entities of these public sector bodies.

By way of example, the double tax treaty entered into with China provides a full withholding tax exemption for Spanish source dividends and interest paid to the Chinese State, its political subdivisions, the Chinese Central Bank, or any other entity wholly owned directly or indirectly by the Chinese State – significantly more favourable than the general reduced rate of withholding tax for other taxpayers available under the treaty (i.e., 10%).

Viewed holistically, this expansion perhaps is a clear indication of the Spanish Government’s commitment to equalising the Spanish tax treatment between foreign sovereigns and Spanish public sector bodies.

The expansion of the Spanish tax treaty network is aligned with the recent case law developments which may have a broader impact for foreign sovereigns, particularly where no special tax regime has been agreed between Spain and the relevant country through a double tax treaty.

In particular, two major Spanish courts, namely the Spanish Supreme Court (Tribunal Supremo) - the highest judicial authority in Spain - and the Spanish National High Court (Audiencia Nacional), have concluded that foreign sovereigns that are comparable to the domestic Spanish public entities should also be able to benefit from the Public Sector Tax Exemption when they receive Spanish source income. The Spanish courts have reached this conclusion on the basis that the EU law principle of free movement of capital as enshrined in Article 63 of the Treaty of the Functioning of the European Union (TFEU) has direct effect prevailing over any domestic legal provision and thus is an enforceable right for the relevant taxpayer (that is, in this case, the foreign sovereign) which must be observed by the Spanish administrative/judicial courts as well as the Spanish tax authorities.

Subsequently, the Spanish High Court issued a judgment in April 2022 dealing with the right of the Kuwait Investment Authority (the Kuwaiti sovereign wealth fund) investing through two different vehicles to obtain refunds of withholding tax levied on dividends received from its Spanish investments. The Spanish High Court concluded that those vehicles were comparable to certain Spanish public bodies which were fully exempt from corporate income tax under the Public Sector Tax Exemption. Hence, the High Court concluded that the Kuwait Investment Authority also had the right to receive the dividends free of any Spanish tax (the judgment (in Spanish) is available here).

It is important to stress that the comparability test performed by the Spanish courts in these decisions has been relatively limited, which may prove useful in applying this in other cases: so long as foreign sovereigns (including foreign public pension funds) can demonstrate that they are analogous to exempted Spanish public entities, a full exemption from Spanish tax on any income should be granted.

The new tax framework for foreign sovereigns, besides improving the overall legal certainty in respect of ongoing and future investments, provides an excellent opportunity for certain foreign sovereign investors to re-examine or mitigate any (potential) tax burden on their Spanish equities and/or debt instruments investments. In particular:

As a result, now is an excellent opportunity for foreign sovereigns to re-examine any (potential) direct and indirect investments in Spanish equities and/or debt instruments.