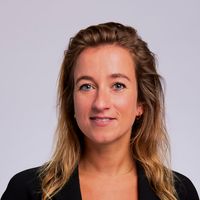 Following the Covid-19 pandemic, the war in Ukraine and subsequent rising energy costs, soaring inflation is the latest thing to significantly impact the Dutch economy.

The rising inflation has affected Dutch office and retail rental prices as most leases contain a rent indexation provision based on the rising pricing level, also known as the Consumer Price Index (CPI), pursuant to which the rent shall be annually increased. On the Dutch market, you see variety on how the rent indexation is formulated (with or without a cap, and whether landlord, tenant or a combination of both bear the risk of inflation) although most of the rent indexation provisions follow the model wording as included in the standardised office and retail lease agreements published by the Real Estate Council (Raad voor Onroerende Zaken), using the CPI indexation ‘all households.’

The model agreement does not provide for a cap on indexation, and therefore most office and retail leases in the Netherlands are not capped as such. Due to the significant rise of the ‘all households’ indexation in 2022, and with inflation at 10 per cent according to Statistics Netherlands (CBS) – the highest percentage since 1975 – various Dutch associations, including the Royal Dutch Catering (Koninklijke Horeca Nederland), have called for a ‘core inflation’ figure to be used to calculate rent increases instead.

Such suggestions are certainly worth considering. The level of the energy costs is an important factor in the calculation of the ‘all households’ figure, while almost all tenants pay the energy costs for the leased space themselves. As such they take a double hit on rising energy prices. ‘Core inflation’ indexation, however, would ignore certain product categories whose prices can fluctuate widely, such as energy and food or agriculture products. For example, applying the CBS SA19 index (overall index, excluding energy) 2022 would result in an inflation mark-up of only 5.1 per cent over 2022. Applying the CBS SA20 index (overall index, excluding energy, alcoholic beverages and tobacco) 2022 would bring the number further down to 4.3 per cent.

We have not seen any courts allowing tenants to re-open contracts on the basis of rising inflation figures. Changes to indexation provisions in office and retail leases, such as applying an alternative indexation reference, therefore remain principally a matter of commercial negotiation between landlord and tenant.

In case tenants decide to enter negotiations with landlords to change indexation references, they should consider the somewhat counter intuitive effect that ‘core inflation’ figures may potentially be higher in 2023 than the standard ‘all households’ rate.

The reason for this effect is the temporary price cap on energy prices from 1 January 2023 to 31 December 2023 initiated by the Dutch government, resulting in lower gas and electricity prices. Although it is still unclear how CBS will deal with this price cap in calculating inflation, as gas and electricity prices contribute substantially to inflation and the ‘all households’ figure, experts expect that this will push down the inflation rate and the ‘all household’ figure significantly, by more than 3 percentage points in some months in the second half of 2023. For completeness sake, the price cap is capped at a certain usage levels so as a result, part of the energy consumption still remains exposed to the market prices.

On the flipside, prices for food, industrial goods and services are expected to rise in the early months of 2023 (partly due to the higher energy prices) resulting in an increase of the inflation and the ‘all household’ figure. However, experts predict that the downward effect of the price cap on the inflation will contribute more to the ‘all household’ figure. Moreover, it is expected that the price increases for food, industrial goods and services shall decrease over the course of the year. Consequently, by the end of 2023 ‘core inflation’ figures may end up being higher than the standard ‘all households’ figure.

Rising inflation and the subsequent increase of rent prices for office and retail leases might be a reason for tenants to negotiate (temporary) changes to the indexation provisions included in the leases with their landlords. One of the arguments tenants may bring to the table is that they are double charged for rising gas and electricity prices, because they pay the higher energy bills themselves while the rising energy costs are also an important factor in calculating the inflation rate. Some tenants may want to apply a ‘core inflation’ figure instead of the widely used ‘all household” figure, but they need to be aware that “core inflation” figures may end up being higher than the “all household’ figure in the latter half of 2023. Tenants may propose reasonable changes to standard indexation provisions to obtain buy-in from their landlords. Examples of such proposals may be agreeing to the lower percentage resulting from a reference ‘core inflation’ index and the standard ‘all household’ index, agreeing to certain indexation caps and/or agreeing on tailored provisions aimed at sharing the risk of increasing inflation.