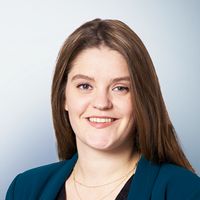 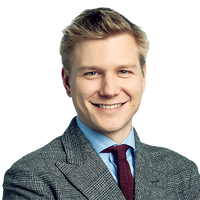 What are the implications for deal planning?

On 1 June 2022, the various federal and regional governments of Belgium agreed on a draft legislative text (the proposal) that will introduce a mandatory, suspensory general foreign investment regime in Belgium. The regime will capture transactions in a broad range of industry sectors involving acquirers established outside of the European Union.

The proposal has been submitted to the Council of State for advice, following which it will be further debated and ultimately adopted into law by the various Belgian parliaments. The regime is currently expected to enter into force on 1 January 2023. Investors currently contemplating deals involving a Belgian element should carefully evaluate the implications this new regime has for deal certainty and timing.

With this proposal, Belgium is responding to a March 2020 call from the European Commission to Member States to set up a fully-fledged screening mechanism, if not already in place (our previous blog on the introduction of a national regime in the Netherlands is another example). To date, Belgium is only one of a handful of Member States that has yet to adopt a general mandatory foreign investment regime (others include Bulgaria, Croatia, Cyprus, Estonia, Greece, Ireland, Luxemburg and Sweden).

Scope of the regime

The new regime will apply to investments by foreign investors into entities in Belgium which may impact national security or the public order, or the strategic interests of the Belgian regions (‘de gewesten en gemeenschappen” or “les régions et communautés’).

The regime will apply to direct and indirect acquisitions of more than 25 per cent of the voting rights in entities in Belgium, irrespective of their size or turnover, that are involved in activities that touch upon:

The regime will also cover acquisitions of more than 25 per cent of the voting rights in Belgian entities that are active in technologies of strategic interest in the biotech sector provided that the turnover of the Belgian target exceeds €25m.

In addition, the new Belgian foreign investment rules will apply to acquisitions of 10 per cent or more of the voting rights of a Belgian entity active in the defence, energy and cybersecurity sectors provided that the turnover of the target exceeds €100m.

Foreign direct investments that fall within the scope of the regime will need to be notified and approved prior to closing (i.e. the regime is suspensory). In principle, a notification should be made on the basis of the signed transaction documents, but the proposal foresees that parties can submit a notification based on draft transaction documents provided that they explicitly declare that they intend to come to a final agreement on all material points that would not substantially differ from the notified draft.

The review process will include three separate phases:

During the assessment phase (Phase 1) the transaction will be sent for review to the competent members of the ISC (who will be determined based on the nature and location of the target’s activities). The review is to be completed within 40 working days. Requests to provide additional information will pause the review timetable. If at least one of the competent ISC members raises concerns, the transaction will be referred to an in-depth Phase 2 investigation.

The screening phase (Phase 2) will involve a more concrete risk assessment of the transaction. The competent members of the ISC can request advice from other government entities and additional information from the parties. At the end of this phase, each competent ISC member will issue a draft advice for the federal, regional, or community ministries they represent. The ISC will combine the preliminary decisions of each competent ministry into one consolidated decision. If the investment touches upon the competences of more than one so called ‘federated entity’ in Belgium (e.g. the federal state and the regions, or several regions), a unanimous decision must be reached in order to prohibit the investment. However, the federal government has a veto power to either block or clear the transaction. This screening phase is not subject to a statutory review period, therefore requests for information, access to file, and remedies negotiations will impact the timeline.

As in other Member States, the new rules foresee the possibility for the parties to negotiate remedies to address any concerns identified during the review. The proposal identifies the type of remedy that the government is likely to impose and/or accept, including: (i) agreeing a code of conduct for the exchange of sensitive information; (ii) appointing compliance officer(s) who will be in charge of dealing with sensitive information; (iii) bundling sensitive activities in a separate entity to which access/control is limited; (iv) appointing a separate supervisory board; (v) periodic reporting or controls; and (vi) limiting the number of shares that can be acquired.

The ISC also has the power to open an ex officio investigation into foreign investments that were not notified, up to five years after closing of the transaction.

Deal timeline: the new regime will apply to all foreign investments that have not yet closed at the time the rules enter into force (most likely on 1 January 2023). Investors must therefore self-assess whether deals may fall under the mandatory regime and cater for a potential notification in their deal timetable.

Deal documents: appropriate conditionality, risk allocation provisions and long stop dates should be included in the documentation for deals that may be caught by the new regime.

Sanctions: investors may face fines of between 10 and 30 per cent of the value of the investment in the event they fail to notify a reportable investment or provide incorrect or misleading information.