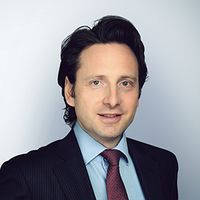 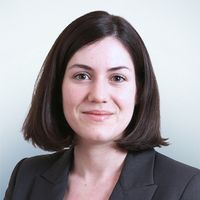 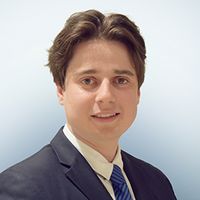 In this blog, we examine the recent, and helpful, Planet case (20 May 2022, #444451, Société Planet; concl. C. Guibé), in which the Conseil d’Etat (the French supreme court of the administrative order, which has jurisdiction over direct taxation matters) confirmed for the first time that in principle, beneficial ownership can be used affirmatively by taxpayers (and by the source country tax authorities). Where the source country tax authorities deny double tax treaty (DTT/DTTs) relief on the contention that the immediate recipient of an item of passive income is not the beneficial owner but is a mere intermediate/conduit for a third party (the beneficial owner) established in a third country, then the source country should generally accept to apply relief under its DTT with that third country, as though the income had been paid directly to the beneficial owner.

Context of the decision

What are the facts?

The case involved royalties but the decision should have broader ramifications vis-à-vis other types of French source passive income potentially subject to withholding taxes (WHT/WHTs), i.e., most significantly, dividends, and more residually, interest.

The FTA took the view that:

The questions arising from the case

The answers of the Conseil d’Etat

On the first point, the Conseil d’Etat ruled that, having regard to their principal purpose (i.e., the elimination of double taxation) and in light of the OECD’s official commentaries (the OECD Commentaries) on article 12 (Royalties) of the OECD model DTT (the Model), the provisions of the France/New Zealand DTT were applicable to French source royalties the beneficial owner of which is a resident of New Zealand, even though these royalties have been paid to an intermediary established in a third State.

The mere wording of the “Royalties” article of the France/New Zealand DTT could have led to a more restrictive interpretation, in the sense that such article provides that relief applies to royalties “paid to” the beneficial owner, which on a literal interpretation might have excluded situations where the income is paid to a party that is not the beneficial owner. However, the Conseil d’Etat applied a purposive, economic interpretation in line with the OECD Commentaries.

As noted by the rapporteure publique (the Conseil d’Etat judge tasked with reporting on the case to the bench judges), the OECD Commentaries provide (since 1977) that the exemption from taxation in the source State remains available where an intermediary is interposed between the beneficiary and the payer, in those cases where the beneficial owner is a resident of the other contracting State. The current version of the OECD Commentaries (dated 21 November 2017) specifies that the Model was amended in 1997 to clarify this point, which has been the “consistent position of all member countries” (although the comments in the OECD Commentaries have no binding precedent value in France, the French tax courts refer to them in order to interpret the provisions of individual DTTs).

On the second point, the Conseil d’Etat considered that the appellate court should have examined whether the New Zealand company was indeed the beneficial owner of the French-source payments made by Planet, and therefore referred back the case to the court.

It is interesting to note that the rapporteure publique specified that in her view, the ability for the FTA to apply, or for the taxpayer to rely on, the DTT between France and the State of residence of the beneficial owner, should not entail any obligation to identify the beneficial owner each time the recipient of an item of income appears to be a mere intermediary (considering in particular that the FTA may not have access to all the necessary information to identify such beneficial owner). This position is in line with that of the Court of Justice of the European Union (CJEU) in its decisions dated 26 February 2019, generally referred to as the “Danish cases” (C-116/16 and C-117/16, T Danmark, Y Denmark, § 120).

Although a domestic case, Planet should be of interest globally, as it touches on questions of interpretations of DTTs and of DTT-defined concepts, which apply across jurisdictions, similar to Indofood and Prévost Cars in particular, and to the Danish cases. Vis-à-vis the Danish cases in particular, Planet goes a step further, since it confirms the possibility, to which the CJEU had hinted inconclusively, that an affirmative use of beneficial ownership is permissible.

It will be interesting to follow the decision of the appellate court to which the case has been referred and which will address the second point, i.e., the substantive question whether the New Zealand company should qualify as the beneficial owner in the present case.