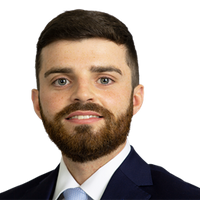 The High Court (Mr Justice Trower) today gave its judgment sanctioning Amigo’s ‘New Business Scheme’. A team of us at Freshfields were pleased to help Amigo with this. Here we outline the technical innovations that, despite significant legal and regulatory uncertainty, delivered the best available outcome for Amigo’s redress creditors and the prospect of Amigo lending again for the benefit of those creditors and future customers. We also identify two approaches that addressed the practical challenge of implementing a complex legal process with retail creditors.

The redress creditors are mainly borrowers and guarantors of loans that should not have been made. Amigo was insolvent, so could not pay them in full. The best available outcome for redress creditors was if Amigo could re-start lending and raise new funds, increasing the money available to pay redress. But this involves two contingencies: (i) can Amigo lend again (which depends in part on regulatory consent)?, and (ii) will investors put new money in?

The court does not require absolute certainty, but it will not sanction a scheme of arrangement if the outcome is sufficiently in doubt such that it might be acting ‘in vain’. This is the reason for the ‘dual outcome’ aspect of the New Business Scheme. The scheme makes possible the best outcome, driven by contingencies, without any risk of the scheme being ineffective. That is because it allows for two outcomes. In the ‘preferred’ outcome Amigo will try to lend again with regulatory consent and will try to raise new money – both would increase the funds available to pay redress creditors above what they would get in any other outcome. But, if Amigo is unsuccessful in either of these, then the scheme still allows the ‘fallback’ outcome, which is an immediate switch into a controlled wind-down, preserving value for redress creditors that would be lost in administration.

Trower J concluded the New Business Scheme was sufficiently certain in operation to justify sanction. The key requirements were clarity and certainty on the face of the scheme, and that it be self-executing without further intervention of an interested third-party. The dual-outcome structure achieved that, and the circumstances in which the ‘preferred’ outcome may or may not occur had been adequately and fairly explained to redress creditors. This is a useful solution where the best available outcome has some contingency in it, but (i) is clearly worth trying in creditors’ interests, and (ii) can be supported by a fallback that is still better than administration.

What if (i) the creditors, whilst wanting a wind-down, had not wanted Amigo to re-start lending, or (ii) the court ultimately did not want to sanction the ‘preferred’ outcome of the New Business Scheme, but would have been happy with the ‘fallback’?

In that situation, Amigo could not have asked the court to sanction just the ‘fallback’ part of the New Business Scheme, because that would have been a fundamentally different proposition from what creditors had voted on. The cost and delay of developing a new proposal would have eroded much of the benefit of a controlled wind-down under a scheme as compared to an administration. To avoid that risk, Amigo asked redress creditors to vote on two separate schemes – the New Business Scheme, and an alternative ‘Wind-Down Scheme’ which was essentially the ‘fallback’ outcome on its own.

This innovative approach allowed Amigo to offer redress creditors the best outcome while containing any litigation risk that came with it. It also widened the choice available to creditors, and left the court in no doubt that the proposals put before it really were the only options apart from an administration. Trower J noted that even though he didn’t need to consider the Wind-Down Scheme (given he had decided to sanction the New Business Scheme) “it remains relevant as an illustration of an alternative to administration which Scheme Creditors have had an opportunity to consider, and which supports Amigo’s view that, in the absence of sanction of one or other of the Schemes, a formal distributing administration is the only realistic alternative.”

90% by value and 89% by number of the 168,920 creditors voting supported the New Business Scheme. A key legal consideration is whether the court can rely on the outcome of the creditors’ vote. That in turn depends on whether the proposals have been explained in a way that allows them to consider their preferences properly, and whether those who have questions, concerns or challenges have been able to play a meaningful role in the process. This is difficult where the constituency is a vast number of retail creditors. Clear, appropriate, accessible explanatory materials are essential. Amigo’s New Business Scheme also involved two more practical interventions: a customers’ committee and a customer advocate. Both reflect an emerging practice which allows large retail cohorts to engage effectively in processes like this.

When Miles J declined to sanction Amigo’s previous proposed scheme in 2021, one of his concerns was the lack of negotiation with redress creditors. Negotiating a restructuring proposal with hundreds of thousands of creditors is logistically challenging, particularly if the creditors are not restructuring professionals (which most, of course, are not). Despite those challenges, Amigo’s New Business Scheme was the product of a negotiation process with its redress creditors.

Amigo arranged for eight redress creditors, selected randomly from over 4,000 who volunteered, to be the ‘customers’ committee’. The committee worked with an experienced, respected independent chairperson (Jamie Drummond-Smith) to shape the terms of the proposed schemes. A key input was that the committee wanted certainty of outcome, meaning fixed or minimum amounts to be made available, rather than the opportunity to participate in profits or a debt-for-equity swap. Trower J noted “the existence and work of the Committee addressed a number of the concerns that had been expressed by Miles J in his judgment refusing to sanction the Previous Scheme”.

Amigo appointed a ‘customer advocate’ (Jon Yorke – a senior solicitor experienced in restructuring and insolvency) to consider and understand representations received from redress creditors about the schemes and produce a report to the court explaining objections and comments he received. This helped the court assess whether creditors could properly appreciate the alternatives open to them (they could), and whether (to paraphrase the legal test), the scheme was one that an ‘intelligent and honest redress creditor acting in their own interest’ might reasonably approve. The court held it was and the Amigo scheme was sanctioned.

We were delighted to help Amigo deliver this for its retail creditors and to work with a fantastic team at PwC to achieve that. We are also delighted that Amigo has the prospect of successfully re-starting lending. We look forward to opportunities to use similar tools where the best outcome is clear but also involves some legal and practical uncertainty.

This innovative approach allowed Amigo to offer redress creditors the best outcome while containing any litigation risk that came with it.

Arbitration and bankruptcy/insolvency: what are the implications for claimants in arbitration when their respondents enter an insolvency process?
Miryam Farrelly, Kevin Whibley
Recent posts from Freshfields Transactions