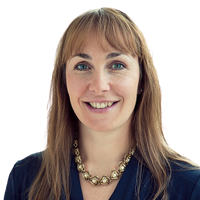 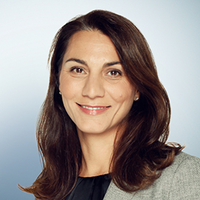 The basic position on withholding taxes in LMA facility agreements is often summarised by saying that the borrower only takes change of law risk – i.e. it need not gross-up for withholding tax unless the law changes. Accordingly, it can be tempting for borrowers, when negotiating such clauses, to focus on ensuring that “standard LMA Qualifying Lender” provisions are in place – assuming that is all the protection they need. However, in our experience, and as the law regarding withholding taxes becomes ever more complex, there are a number of points that borrowers need to be mindful of where negotiation of and/or a clear understanding of the obligations under the facility agreement is essential.

Borrowers need to be satisfied that all conditions for relief from withholding tax have been satisfied. In some situations, a borrower may not be authorised to pay interest to a Qualifying Lender free of withholding tax until certain procedural requirements have been complied with. These procedural requirements vary between jurisdictions and may seem like technicalities. However, failure to complete these steps (or failing to allocate the risk of them not being completed on time) could mean not only that interest payments could be subject to withholding but the borrower could also be required to gross up.

The European Commission has published a proposal to prevent the misuse of shell entities for tax evasion and tax avoidance purposes (the Unshell Directive) and it appears likely that this will be adopted in some form this year, with effect from 1 January 2024.

In the context of facility agreements, the classification of a lender as a “shell entity” under these rules may mean that it ceases to be a Qualifying Lender (as it would no longer be entitled to the benefits of a tax treaty or EU exemption). As this loss of Qualifying Lender status would be as a result of a “change in law”, if no changes are made to the standard “LMA” risk allocation, it would be the borrower that assumes the risk of the lender being treated as a shell entity under these rules and the borrower could find itself having to gross up payments to the shell entity.

3. Who is the beneficial owner of the interest payments?

To benefit from a withholding tax exemption (or a reduced withholding tax rate) under tax treaties or the EU Interest and Royalties Directive, a lender typically has to be the “beneficial owner” of interest payments. The current climate has led to a sharper focus from tax authorities on who the beneficial owner of the interest is and “beneficial ownership” being interpreted by both the courts and tax authorities as having a meaning going beyond the traditional legal meaning, drawing in anti-avoidance concepts.

Borrowers should carefully consider whether a lender’s structure might mean that its ability to rely on an exemption or treaty could be challenged by a tax authority on the basis of the beneficial ownership requirement. What confirmations does a borrower need in order to be able to pay without withholding – and what happens if it gets it wrong? What happens if there is a sub-participation? These points are often not clearly dealt with if using “LMA standard” provisions.

Withholding tax exemption challenges can also arise in the context of borrower group financing structures where the third party financing is provided to a holding company with limited activity and subsequently pushed down through intragroup loans to another entity in the borrower’s group located in a different jurisdiction (e.g., a parent located in country A borrowing externally and lending to a subsidiary located in country B).

If a tax authority were to argue that the external lenders were the beneficial owners of the loan to the subsidiary, would the parent have any ability to get information/documentation from the lenders to help mitigate the withholding tax which would otherwise arise? Is there a risk that country B might impose withholding tax in respect of payments made by the parent in country A on the basis of the source of the payment? How is that addressed in the facility agreement? These are points that require both technical analysis and thoughtful negotiation to address effectively.

If you would like to know more about these issues, you can read our in-depth briefing on this topic.

You can also get in touch with any of your usual Freshfields contacts for further information on how best to protect yourself against these risks.