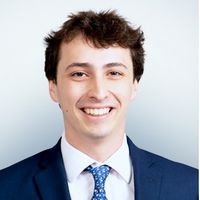 The draft guidance sets out the FCA’s role when a firm proposes a compromise, the key factors the FCA will consider and what information it expects to be provided. The FCA is clearly aware that the number of regulated firms who have proposed compromises is increasing so it is sensible for the regulator to provide clarity regarding its approach to compromises. The draft guidance demonstrates that the FCA intends to take an increasingly interventionist approach.

Given the FCA’s statutory objective to protect consumers, the FCA’s chief focus when considering a proposed compromise is its effect on the firm’s customers. In particular, the draft guidance highlights a focus on compromises which target customer redress claims, where: (a) the firm intends to continue to trade after the compromise; or (b) the redress claims arose as a result of deliberate and serious misconduct by the firm. The FCA’s stance here should not come as a surprise, as it reflects the FCA’s interventions in recent compromises which attempted to address redress claims as a way to preserve a firm’s business.

The draft guidance codifies the FCA's recent approach, reinforcing how challenging it is for regulated firms to use a compromise to rescue a business, even where it is likely heading for insolvency under the weight of customer redress claims. The FCA does recognise, however, as relevant factors when assessing a compromise aimed at redress claims, whether the likely alternative to the compromise is insolvency and if the compromise is being used to maximise returns in a wind-down of the business.

The draft guidance also includes an extensive list of information that the FCA will expect to receive when a firm is considering a compromise. This covers, among other things, financial information, details of the proposed compromise and of the practical effect that compromise will have on customers. Where firms fail to provide (voluntarily) the information the FCA requires, the FCA will consider using its statutory powers to compel firms to provide such information. The guidance suggests that the FCA will expect to be notified as soon as a firm is ‘considering proposing a compromise’. This is likely to be consistent with a firm’s obligations under Principle 11 (the requirement that a firm must disclose to the FCA appropriately anything relating to the firm of which that regulator would reasonably expect notice) and the draft guidance states that any steps to prepare for a compromise without first having notified the FCA will be considered a significant breach of the Principle 11.

Additionally, if the FCA considers that the proposed compromise is not compatible with its regulatory principles, it may raise an objection to the court, either in a convening or sanction hearing for a restructuring plan or scheme of arrangement or, in exceptional circumstances, by bringing a challenge to a voluntary arrangement (where the court is not otherwise involved). Where a compromise receives court sanction (in a restructuring plan or scheme) despite the FCA’s objections, the draft guidance suggests that the FCA considers that it can use its regulatory powers to prevent a firm from implementing that compromise. This could include, for example, requiring that a firm appoint new management who will not implement the compromise. How this will work in practice, when a compromise has been sanctioned and therefore taken effect and so (for example) customer redress claims have been reduced as a matter of law, remains to be seen.

While the FCA’s focus on customers is unsurprising given its statutory objectives, statements that it will consider whether a proposed compromise provides ‘the best outcome possible for customers’ may pose difficulties to directors whose statutory duties in a distressed context are owed to a company’s creditors as a whole. This places directors of FCA regulated firms in a similar position to those of companies in other regulated industries, such as the energy sector, or with defined benefit pension schemes, who face pressures from their regulators that can be in tension with their statutory and common law duties. In practice, the best outcome possible will usually depend on the attitude of third parties, such as shareholders or secured creditors, who are not subject to the FCA’s regulatory control and whether a compromise satisfies the regulatory objectives of the FCA is likely to depend on a judgement as to whether insolvency is the real alternative to the compromise being proposed.

The FCA is consulting on the draft guidance, with the consultation period set to close on 1 March 2022.

How this will work in practice, when a compromise has been sanctioned and therefore taken effect and so (for example) customer redress claims have been reduced as a matter of law, remains to be seen.