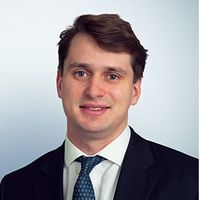 For the first time, the court has exercised its power under s. 901C(4) Companies Act 2006 to exclude a company’s members and all but one class of its creditors from voting on a restructuring plan under Part 26A. The court was satisfied that only one class of creditors had a genuine economic interest in the company and noted that “this was not a marginal case”.

Key drivers for the court’s decision (see more detail below) were:

The focus of today’s blog is the court’s use of the power in s. 901C(4) to exclude creditors and members from the vote. This case is also the first step on the path towards a potential first application of the UK restructuring plan to compromise the rights of members of a company that is incorporated outside the UK. We will return to this distinct question in a subsequent blog.

While the judge gave his reasons, at length, for granting the order sought by the company at its convening hearing, the written judgment of the court is to follow – this account is based on the judge’s oral reasons only.

Smile Telecoms Holdings Limited (Smile) is a company incorporated in Mauritius and the holding company of a group operating an internet and telecommunications business in Tanzania, Nigeria, Uganda and the Democratic Republic of the Congo.

The group suffered financial difficulties (including as a result of the devaluation of the Nigerian naira, competitor pressures and COVID-19) and in March 2021 a first restructuring plan was sanctioned by the English courts (the First Restructuring Plan). The First Restructuring Plan facilitated the injection of additional secured debt by Smile’s super senior lender, 966 CO S.à r.l. (966 and / or the Super Senior Lender) extending Smile’s runway to complete an M&A process, run by a financial adviser which also produced a desktop valuation of the Smile Nigeria business (the Valuation).

However, the First Restructuring Plan proved to be too optimistic and the sales process only resulted in non-binding offers in respect of parts of the group’s business. The existing super senior facility matured on 31 December 2021 (although a forbearance was agreed pending a restructuring), leaving Smile again facing an immediate cash flow issue, with insufficient funds to pay trade creditors or the matured facility, with its financial debts totalling just over US$400m in aggregate.

The Valuation illustrated that the M&A process would return insufficient realisations to discharge the claims of the Super Senior Lender and Smile’s senior lenders (the Senior Lenders) in full. As such, a sale could only be achieved through an insolvency process or following a comprehensive balance sheet restructuring – to be implemented by this second restructuring plan (the Second Restructuring Plan).

In broad terms, the Second Restructuring Plan proposes to effect or facilitate:

Under section 901C(3) Companies Act 2006, every creditor or member of the company whose rights are compromised by the restructuring plan must be permitted to participate in a meeting convened with the approval of the court. Were the Second Restructuring Plan to proceed on this basis, there would be eight separate classes of creditors and members voting on the plan, including 966, Smile’s senior lenders, various agents under the group’s facilities, the senior lenders, various classes of shareholder creditors, other creditors and contingent creditors of the group, as well as Smile’s ordinary shareholders.

Exclusion of classes with no genuine economic interest in the company

However, section 901C(4) permits a derogation from this general rule where the court “is satisfied that none of the members of [a] class has a genuine economic interest in the company”.

Smile applied to the court to convene a meeting of only one class: the Super Senior Lender, arguing that all lower-ranking creditors are “out of the money”, with no genuine economic interest in the company. This is the first time that this section has been invoked, although in Re Virgin Active  [2021] EWHC 1246 (Ch), the court provided some passing comments on this section.

Here, the court set out the following general considerations (among others) in relation to the application of s.901C(4):

Overall, the court agreed that the only class with genuine economic interest in Smile is the Super Senior Lender, and accordingly granted the order under s. 901C(4), excluding all other creditor and member classes from the vote. The court came to this conclusion on the basis of the following (among other points):

The Valuation and sales process

Adequate notice and opportunity for challenge

Some key takeaways from the judgment as regards the application of s.901C(4) are:

if early disclosure and ample notice are possible in the circumstances and provide creditors with sufficient information to challenge, a restructuring plan may develop momentum as early as the convening stage that will be difficult to stop, giving confidence to the business and its other stakeholders.