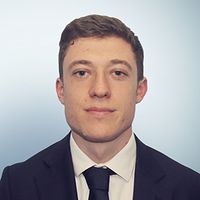 Demand in Europe for EVs has been fuelled by a shift towards climate-conscious consumerism, as well as the EU’s proposed ban on non-electric cars by 2035 and its target of achieving net-zero carbon emissions by 2050 (the UK government has announced similar plans). Demand has generally been matched on the supply front too, with significant breakthroughs in EV production such as aluminium die casting machines and the early emergence of what would be a very welcome ‘circular economy’ in EV batteries (subject to advancements in scale-up). That said, it remains to be seen how severely the ongoing global semiconductor chip shortage disrupts supply chains.

However, the spotlight is now shifting to ensuring that there is sufficient EV operational infrastructure available to encourage uptake. Seen as a ‘chicken and egg’ problem, these projects require large upfront capital outlay at a time when there are still relatively few EVs on the roads; but without the functional infrastructure in place, drivers may be reluctant to make the switch, despite the demand existing. The recently announced trials in Europe - whereby a closed, manufacturer-specific EV charging network is to be opened to all EVs - signals a shift towards the more efficient use of existing EV infrastructure, but there are also government policy drivers  to encourage further investment in EV infrastructure so as to achieve a tipping point in mass EV adoption. The Future of Transport regulatory review being conducted by the Office of Zero Emissions Vehicles in the UK identifies this as a critical issue, and notes that as the pace of the transition to EVs increases, EV infrastructure must be available, affordable, and secure.

Much of the recent M&A activity in the European EV infrastructure market has been focused on EV charging and the roll out of charging networks. This has seen considerable activity between specialist (often start-up) EV charging companies and other businesses looking to capitalise on this technology, including those in the energy sector who are looking to shift their focus. It is perhaps the case that, compared to financial sponsors, oil and gas corporates that are entering the EV infrastructure sector are more comfortable with its capex intensive nature and are used to large capital outlays on projects that carry substantial risks.

However, financial sponsor involvement, particularly in western Europe, is beginning to build momentum in the form of:

Many deal-makers are opting for bolt-on acquisitions over major direct investments, reflecting the relative infancy of current EV infrastructure and the need for risk mitigation at the centre of investment decision-making. Despite positive signals from European governments in the form of various EV fund commitments (such as those made by the UK government’s announced Charging Infrastructure Investment Fund (CIIF) and the Rapid Charging Fund (RCF)), there is still a general hesitancy from financial sponsors to engage in major direct investment due to the following risks:

Against this backdrop, the ‘bolt-on’ financial sponsor entry point will likely continue to be the preferred option, but it is not the only one. A possible alternative, which could see a growth in popularity, is partnering with an established corporate which can use additional investment to leverage its existing scale, brand and supply chains. What is clear however, is that financial sponsors are showing a keen interest to get their foot in the EV infrastructure door. The development of a track record, relationships and data may ultimately be the source of a significant head start in the sector. Those that wait for a clear path to emerge may find themselves left too far behind to capitalise.

The WHOA in 2023: The Restructuring Directive implemented in the Netherlands
Charlotte Ausema
repost  cancel