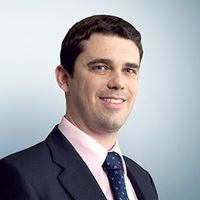 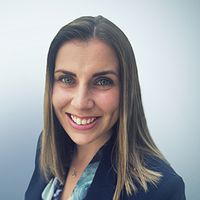 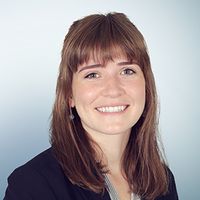 Term SOFR in the US

This announcement was largely welcomed by market participants. Term SOFR is considered to have notable advantages for both lenders and borrowers over other potential alternatives to LIBOR derived from risk free rates such as compounding SOFR in arrears for the relevant period or calculating SOFR for the relevant period on a non-compounded daily basis. Unlike these other calculation methodologies using SOFR, Term SOFR is a forward-looking rate, so can be determined at the time of borrowing, much like LIBOR is now. As Term SOFR is calculated in a similar way to LIBOR, it also avoids the need for document-intensive backward-looking compounded rate calculations.

Freshfields recently advised on the first New York law governed syndicated deal to use Term SOFR and it appears likely that Term SOFR will end up being the most widely used benchmark for USD syndicated loans originating in the United States.

Term SOFR in the UK

Since the ARRC’s announcement, UK corporate treasury market participants have started to enquire about the use of Term SOFR as the benchmark for USD syndicated loans originating in the UK, instead of using compounded SOFR (which has been the more common approach in UK markets to date).

The FCA is yet to make a formal recommendation on the use of Term SOFR. One of the ARRC’s key considerations when recommending the use of Term SOFR in the US was that the rate must "be rooted in a robust and sustainable base of derivatives transactions over time" and there is a concern that the USD derivatives markets are not sufficiently liquid or robust enough in the UK to support a Term SOFR rate across the pond.

The UK’s Loan Market Association (LMA) recently published an exposure draft facilities agreement incorporating Term SOFR for use in developing market jurisdictions. However, the LMA has expressly stated that this is not a recommended form of facilities agreement and that the exposure draft is designed to “facilitate awareness” and primarily act as a “focal point for consideration by market participants”.

As the market develops, the LMA has stated it will look towards publishing a recommended form of the Term SOFR facilities agreement for developing markets. Outside of developing markets, there is also the potential that banks with agency desks in the US will be more prepared to administer a Term SOFR rate, as opposed to UK or European centric-banks which have invested significantly in systems that are geared up to calculate a compounded rate. For now though, it is a case of “watch this space”, as, until the FCA makes a formal recommendation and the LMA updates its suite of recommended facility documentation, it is unlikely that there will be much immediate uptake from either lenders or investment-grade borrowers on using Term SOFR in the UK market.

What about Term SONIA?

For sterling-denominated loans, the Bank of England and the FCA have made it clear that their preference is that the UK market adopts the sterling overnight index average (SONIA) rate compounded in arrears, citing the fact that they see it as the most robust and reliable replacement rate for sterling LIBOR. This is also the clear market convention - at the time of writing, most loan contracts transitioning away from LIBOR and nearly all new sterling loan documentation entered into in 2021 has adopted SONIA compounded in arrears as recommended by the sterling risk-free reference rate working group (the £RFR Working Group).

However the £RFR Working Group has identified limited use cases for Term SONIA rates, including export finance, emerging markets and trade and working capital finance. Since 11 January 2021, ICE Benchmark Administration and Refinitiv have also published Term SONIA rates (see a summary of the rates here).

Despite the development of a Term SONIA rate, the LMA has not updated its suite of reference rate facility agreements for Term SONIA and has stated it would need further market feedback on key considerations (e.g., appropriate fallbacks) before it would look to do so.

However, given that Term SONIA rates are now available, market participants may look to use these rates for the limited use cases set out by the £RFR Working Group, or for non-tradeable debt (e.g., intercompany loans). If market participants do decide Term SONIA may be suitable for their transaction, the LMA has published a helpful note setting out various considerations which market participants should be aware of before entering into any loan documentation which uses this rate.

Please contact any of the authors if you have any questions about the points covered in this blog, or about LIBOR transition more generally. Our Treasury Solutions page also includes additional blog posts and information on LIBOR transition.

This material is for general information only and is not intended to provide legal advice.