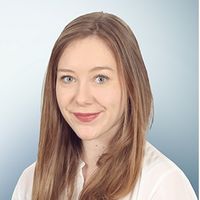 The High Court has rejected a landlord's challenge to the Caffè Nero CVA, giving support to the ongoing usefulness of CVAs in high street restructurings. The case raised issues around the use of the electronic decision procedure set out in the Insolvency Rules for CVAs, nominee and director decision-making during the CVA process, CVA modifications and provision of information to CVA creditors.

Nero Holdings Limited (the Company) proposed a CVA in November 2020 as part of a wider restructuring plan to prevent the COVID-hit Company from falling into administration. The CVA primarily sought to reduce rent and rent arrears liabilities. In common with many recent CVAs, the nominees made use of an electronic voting procedure, with a deadline of 23.59 on 30 November 2020 set for creditors' votes.

At 20.48 on 29 November 2020, the advisers of EG Group Limited (EG) sent to the advisers of the Company an offer to purchase the Company. Amongst other things, the terms of the offer stated that it was conditional upon approval of the CVA, but that EG could improve the terms of the CVA by paying rent arrears in full rather than at the reduced rates set out in the CVA proposal. EG's offer suggested a "short adjournment" to the creditor voting process so that the offer could be considered. The CVA nominees and the Company's directors decided on 30 November against postponing the CVA vote deadline, but on the same day: (i) made an announcement to CVA creditors at around 14.30 to inform them of the offer and that the vote would not be postponed; and (ii) put forward a modification to the CVA at around 22.20 providing for rent arrears to be paid in full if the EG offer were to be agreed within six months. The CVA was approved by the requisite majority of creditors and subsequently by shareholders.

The CVA challenge was brought by one landlord and funded by EG. The grounds for challenge were:

Material irregularity due to:

Unfair prejudice due to the alternative to a CVA being not (as set out in the CVA proposal and nominees' report) an administration, but a solvent sale to EG.

The judge rejected the challenge on all grounds.

Failure to adjourn or postpone the creditors’ voting procedure
Taking into account the various factors considered by the nominees and the Company's directors in reaching the decision not to delay the CVA voting process, the judge held that neither the nominees nor the directors had breached their respective duties to creditors and there was no material irregularity. Two points weighed heavily in the judge's reasoning: first, the fact that there is no clear way to delay the decision date for an electronic voting procedure under the Insolvency Rules; and second, the timing of EG's offer leaving very little time for a decision to be taken by the directors and nominees. The judge was critical of the inflexibility in the Insolvency Rules around the electronic voting procedure and noted that the only way to achieve a delay to the decision date would be to apply to the court for relief - although it would have been unclear what the application should be for and what relief the court could grant.

Failure to engage with EG or its advisers in relation to its offer
Although the judge questioned the lack of engagement with EG and its advisers following receipt of the offer, it was held that this did not amount to a material irregularity.

Failure to update the nominees’ report
The judge rejected the argument that the nominees ought to have updated their report to reflect that the alternative to the CVA was no longer an administration, but a sale of the company to EG, as there is no requirement in the Insolvency Act or the Insolvency Rules for the nominees’ report to include that information and the announcement made to the creditors was a proper course to take.

Unfair prejudice
The court also rejected an argument that the CVA creditors were unfairly prejudiced because the alternative to the CVA was no longer an administration, but a sale of the company to the EG Group. The judge held that this argument was “dependent on vague and speculative scenarios of what might have happened[…and] seems to me to be based on EG acting irrationally to honour the terms of the EG Offer rather than pursuing its commercial best interests by taking advantage of the Company’s administration and picking up the parts of the Nero Group that it wanted at the lowest possible cost”.

Legitimate interest/collateral purpose
The judge rejected the Company’s arguments that the landlord did not have a legitimate interest in the proceedings and EG had a collateral purpose, noting that: (i) there was no evidence that EG was controlling the proceedings and making all relevant decisions; (ii) although the landlord's evidence on not accepting the Company’s offer to pay his rent arrears in full to settle the challenge was weak, he was entitled to reject the offer and pursue the challenge; and (iii) it was possible that the landlord’s forfeiture of the lease (an election made under the terms of the CVA) may potentially be undone.

This case turned on rather specific facts, but there are a couple of points of wider application. First, although the judge noted that the nominees could not be criticised for use of the electronic voting procedure provided for in the Insolvency Rules, the case highlights the inflexibility of that procedure when material developments occur during the voting period. Second, the finding that the creditor-friendly modification to the CVA took effect although it was proposed after the requisite majority of creditors had voted in favour of the CVA usefully confirms that at least benign modifications can be introduced during the voting window.

The case raised issues around the use of the electronic decision procedure set out in the Insolvency Rules for CVAs, nominee and director decision-making during the CVA process, CVA modifications and provision of information to CVA creditors