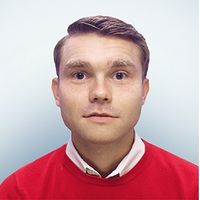 A recent England and Wales High Court decision demonstrates the increasingly litigious nature of Court-supervised restructuring processes. It also addresses the Court’s approach to whether foreign recognition risks represent a ‘blot’ on a proposed scheme of arrangement so that the Court should decline sanction ('the recognition/blot question').

The case concerned two inter-conditional schemes proposed by the DTEK group, an integrated energy supplier in Ukraine. There was near-unanimous support at scheme meetings, but one dissenting creditor (Gazprombank) resisted sanction. Gazprombank argued that the Court could not be satisfied of the scheme’s international effectiveness because its recognition in the EU and in Singapore was in doubt. (They also challenged the scheme’s fairness, but that is not addressed here.)

The Court’s approach to the recognition/blot question

The last two points are key for our purposes. Gazprombank argued that, because Brexit means that the Judgments Regulation no longer applies to English judgments, there was not at least a reasonable prospect that the scheme would be recognised and given effect.

The Court held that a scheme is substantially effective if it has ‘very solid support’ amongst scheme creditors. That needs to go beyond satisfying the statutory majorities, and looks to the extent and degree of commitment generally. DTEK’s scheme was supported by 95 per cent of creditors, who did not just vote in favour but entered ‘lock-up’ agreements. The Court found that a scheme recognised as binding by 95 per cent of creditors affected by it is substantially effective and one hold-out creditor holding 4.17 per cent by value of scheme claims does not alter that assessment.

The Court heard conflicting expert evidence on recognition in the Netherlands. It was common ground that the Court could not decide between those conflicting views. The question was whether, having considered the scheme companies’ and Gazprombank’s expert evidence on the Dutch law position, there was a reasonable prospect of the scheme having substantial effect in the Netherlands. Sir Alastair found that there was a reasonable prospect, and his explanation for that is a helpful illustration of the test’s application in practice:

'[the company’s evidence] cannot be simply dismissed in the light of [Gazprom’s conflicting opinion]. It is credible evidence. It contains coherent argument. It is in part founded upon an entirely understandable autonomous construction of [Rome I] as dealing with variation or extinguishment of obligations however brought about. It is consistent with other evidence upon which English courts have felt able to rely. It accords with generally accepted principles of private international law. I am satisfied that there is a reasonable prospect of the Bank Scheme having substantial effect in the Netherlands, both as regards the 95% of Energy’s creditors who support the scheme and as against the sole dissentient creditor.'

The point about Rome I mentioned above relates to Art.12(1)(d) of Rome I. The company’s evidence said the scheme would be given effect in every member state by that provision, under which the law applicable to a contract (here, English law) shall govern the various ways of extinguishing obligations, and that rule covers all modes of extinguishing obligations including those operating against dissenting creditors.

It is important that the Court has recognised that it did not previously base ‘no blot’ conclusions on an assumption that English schemes would be recognised in the EU under the Judgments Regulation. Rather, it has considered other legal matters in relevant member states, including Rome I and local private international law rules. That confirms that Brexit has not caused a fundamental change to the recognition/blot question.

It is also notable that Rome I continues to be relevant to English schemes even after Brexit. That is because Art.12(1)(d) of Rome I does not rely on the governing law of the relevant contract being the law of a member state.

The Court’s emphasis on the strong creditor support in this case is also significant. This aspect of the decision shows that the essential question is about a proposed scheme’s effect in practice. The legal basis of recognition is clearly relevant to that, but it is a fundamentally practical question rather than a fundamentally legal one.

Schemes of arrangement (as well as restructuring plans and company voluntary arrangements) are now frequently challenged, their sanction contingent on the outcome of contested Court applications. A strategy for meeting those challenges should be reflected in initial planning and structuring, scheme documents, creditor communications and evidence, from the start of the process.

Companies proposing schemes with international aspects should keep the practical implications of the DTEK decision in mind when designing a scheme and when planning creditor communications and voting arrangements, and be ready to demonstrate there is at least a reasonable prospect that the scheme will be recognised and given effect in the key jurisdictions.