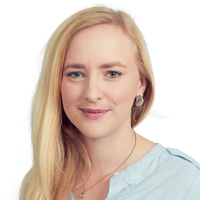 An update on the key issues for investors and businesses

On 20 July 2021, the UK Government published new guidance and updated draft sector definitions for mandatory notification under the National Security and Investment Act 2021 ('the Act') and confirmed when the new regime will commence fully.

We set out below the key takeaways from these latest developments. Further details on the new regime can be found in our three blog posts from April and March 2021, and November 2020 (the month the draft legislation was first published).

The Government has confirmed that the Act – the 'biggest shake up of the UK’s national security regime for 20 years' – is set to commence fully from 4 January 2022. This means that:

The term 'call in' refers to a decision to carry out a full national security assessment of a deal. The Secretary of State for Business, Energy and Industrial Strategy can exercise this power if they reasonably suspect that a qualifying acquisition has given rise to, or may give rise to, a risk to national security. This may follow a mandatory or voluntary notification – or contacts from the ISU.

Transactions taking place over the next five months up to 4 January 2022 that raise national security concerns remain subject to the current public interest intervention regime. Given the need to act quickly in these cases, we expect the Government to make full use of those powers during this interim period – as illustrated recently by the Government’s intervention in NVIDIA/Arm and the Competition and Markets Authority continuing to bring relevant cases to the Government’s attention (recent examples being Imprivata/Isosec and Advanced Micro Devices/Xilinx).

As we get closer to January, the decision as to whether the Government will use the existing or new regime will become more finely balanced as both the Government and parties may want to take advantage of the Act’s statutory timeframes and new review infrastructure.

In the meantime, many parties continue to consult the ISU for informal guidance on the proper interpretation of the Act and whether a particular transaction is likely to give rise to a risk of call in. Most of these transactions concern target entities active in one of the 17 sensitive sectors identified for the mandatory regime, but some parties are contacting the ISU on a more precautionary basis. In either case, the ISU continues to demonstrate a clear willingness to engage with parties on the scope of the regime and to provide non-binding assurance on the likelihood of a call in.

The Act requires the Government to publish, consult on and regularly review a statement on how the Secretary of State expects to exercise their power to call in transactions for a full assessment. This so-called Section 3 Statement is of fundamental importance to investors and businesses in the absence of any definition of national security in the Act and the rapidly developing nature of security threats facing the UK.

The Government has been keen to stress that the regime will be targeted and proportionate. While it will enjoy wide powers to impose certain conditions on an acquisition or, if necessary, to unwind or block it, the Government has made it clear that it expects to do this only rarely and the vast majority of deals will be able to proceed without delay. A key goal for the Government is for the new regime to provide certainty and clarity for investors while promoting the UK’s 'gold-star reputation as an attractive place to invest'.

The three factors will be considered together – so a 100 per cent acquisition of an entity closely linked to the 17 sectors by an acquirer with links to entities threatening to undermine UK interests will be high risk. However, the updated draft also makes clear that a transaction may be called in if any one factor raises the possibility of a national security risk. The draft statement is currently under consultation with input requested by 30 August 2021.

The Government has published a set of updated draft definitions for the 17 sensitive sectors that will fall within scope of the mandatory notification regime. These are contained in the draft Notifiable Acquisition Regulations (NARs) and have been published for information purposes only as the regulations are still subject to change (as well as parliamentary approval).

The Government has engaged extensively with stakeholders on the definitions since the first drafts were published in November 2020 (with the Government’s response published in March 2021) and since then with further targeted stakeholder engagement. This has enabled the Government to refine and develop the proposed definitions further and ensure they use well understood terms and statutory definitions wherever possible in order to tightly define their scope. As a result, all the definitions have been modified to some extent – with more substantial changes in the data infrastructure, energy and suppliers to emergency services sectors – although the types of activities caught within each of the 17 sectors remains broadly in line with what we have seen previously.

The final version of the NARs will be laid before Parliament for approval later this year.

With the aim of helping improve certainty for investors, the Government has published four new pieces of guidance (with further guidance expected later this year):

The guidance helpfully explains certain aspects of the regime with a number of worked examples. These illustrative examples are of particular use for businesses considering whether their activities related to the UK are sufficient to meet the UK nexus test. This nexus test is noticeably broader than other regimes as it catches any entity that 'carries on activities in the UK' or 'supplies goods or services to people in the UK'. The guidance sets out a number of factors that are unlikely to bring an entity within the new rules (eg staff working remotely in the UK for a non-UK office, owners and investors based in the UK, buying goods or services from UK suppliers, having a parent company that has other subsidiaries carrying on activities in the UK or it is listed on a UK exchange).

The guidance also sets out the anticipated interaction between the regime and other UK regulatory regimes (eg merger control, export control, the Takeover Code and the Financial Conduct Authority and Prudential Regulation Authority). For example, in relation to public bids, the guidance highlights the possibility of offerors who are waiting for a decision under the Act to suspend the offer timetable prescribed by the Takeover Code (as such clearance is expected to be treated as a 'material official authorisation or regulatory clearance'). As the Takeover Panel recently made clear following its consultation on the latest edition of the Code (which came into effect on 5 July), offerors will be expected to ensure that all appropriate notifications have been made, conditions have been included in the offer and transactions have not closed (or mandatory offers triggered) before clearance is received.

A number of further developments are expected over the next few months. In particular:

If you have any questions about these latest developments – or steps to take over the next few months to ensure your business is ready for the new regime – please get in touch.

To read more about these issues and developments globally, please see the Politics and antitrust section of our Global antitrust in 2021: 10 key themes report.