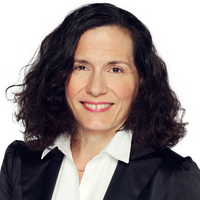 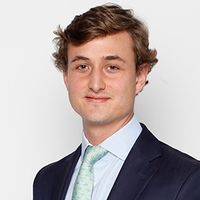 Today the Spanish Official Bulletin has published Law 5/2021, of 12 April, amending the Spanish Companies Act and other financial regulations aimed at promoting long-term shareholder engagement in listed companies ('the Law'), which will come into force on 3 May 2021.

Following in the footsteps of countries such as France, Italy and Belgium, the Law introduces loyalty shares into Spanish corporate legislation and transposes Directive (EU) 2017/828 of the European Parliament and of the Council of 17 May 2017 ('the Directive'), which aims to incentivise long-term shareholder engagement.

Since the 2008 financial crisis, there has been growing concern over potential imbalances that may be caused by short-term investment approaches. In this context, over the last decade, the EU has strived to promote corporate sustainability by, among other means, exploring the possibility of implementing control enhancing mechanisms (CEMs) within member states’ corporate legislation that aim to break the classic ‘one share, one vote’ axiom of corporate governance and instead favour longer-term investors.

These efforts led to the adoption of the Directive, which included in its draft version a condensed regulation of a CEM known as ‘loyalty shares’, which grant long-term shareholders additional political or economic rights (additional voting rights, tax incentives, dividends or shares). Although they were ultimately excluded from the final version of the Directive, loyalty shares are gaining momentum in EU corporate law systems and have been adopted in several EU member states.

Where are we now?

According to the explanatory memorandum of the Law, with the adoption of loyalty shares the Spanish legislator intends to incentivise long-term investments, reduce short-term pressures on company management and offer investors an option already in play in other neighbouring jurisdictions, thereby enhancing the allure of Spanish stock exchanges.

The Law enables Spain-listed companies to include in their by-laws the possibility of granting an additional voting right to shareholders for each share they have held uninterrupted for at least two years. The main features of Spanish loyalty shares can be summarised as follows.

Loyalty shares are not a special class of shares

Loyalty shares are not a special class of shares, since the additional loyalty votes are not attached to the shares but to their holders, ie they do not form a block of shares conferring special voting rights but instead a group of shareholders who have acquired political privileges due to their long-term implication with the company.

Consequently, the sale or transfer of shares granting loyalty votes entails the extinction of those votes (with certain exceptions, such as in intragroup transfers of shares, or corporate restructurings such as mergers, demergers or global transfers of assets and liabilities).

Adoption and suppression of the loyalty shares system

The adoption of the loyalty-shares system requires inclusion in the by-laws, for which a specific majority of 60 or 75 per cent (depending on the attendance quorum) is required at the shareholders’ meeting. The by-laws of the company may increase these quorum and majority requirements.

Five years after the adoption of the loyalty-shares system, the shareholders’ meeting will vote on its continuance, for which the adoption majorities apply.

By contrast, the elimination of this system requires only an absolute majority (or a two-thirds majority, depending on the attendance quorum), which enhances the transitional nature of loyalty shares. In addition, if the loyalty-shares regime has been in force in a company for more than 10 years, loyalty votes will be excluded from the calculation of shareholders’ meeting quorums and majorities when voting on the removal of the regime.

The two-year loyalty period starts to run upon registration of the relevant shareholders’ ownership over their shares in a special loyalty-shares register book, which, following the Italian model, is a private register kept by the company. Shareholders have the right, but not the obligation, to request registration of their ownership over all or part of their shares in this register. Thereafter, registered shareholders are obliged to notify the company of any transfer of shares that would reduce the number of loyalty votes registered in their name.

This loyalty-shares register book also aids transparency, as any shareholder has the right to request access to the information contained in the register. In addition, the register book will be co-ordinated with the book-entries register (registro de anotaciones en cuenta), and registration in the former requires issuance of an ownership certificate from the latter. Also, the company shall keep the securities-market regulator informed of the number of shares registered at any given time in the loyalty-shares register book, whether or not they have fulfilled the loyalty period set out in the by-laws, and also keep this information up to date and available on the company’s website.

As a special rule, in order to incentivise IPOs and favour the raising of capital while shoring up political control by the original shareholders, the Law provides that, if a company goes public, shareholders recorded in the loyalty-shares registry book and holding uninterrupted ownership of shares for at least two years prior to the date of admission to trading shall be entitled to double voting rights as from the date on which the shares are admitted to trading.

According to the Law, loyalty votes shall be reckoned into the calculation of the control percentage that triggers the obligation to launch a takeover bid under Spanish law and shall also be counted for the purposes of the obligation to notify significant shareholdings.

Notwithstanding the above, the maximum one-month period provided for by Spanish regulations to launch the takeover bid when the legal control threshold is reached does not apply if the threshold is met due to the additional loyalty votes. In this case, a three-month period will begin to run, during which the exercise by the shareholder of the voting rights exceeding the legal threshold will be suspended until that shareholder:

Against the background of the preliminary draft of the Law, qualified voices such as the Bank of Spain have raised concerns about the implementation of loyalty shares in Spanish capital markets, claiming that it is not recognised practice in favour of good corporate governance and that the potential benefits of loyalty shares are not clear, while the disadvantages of introducing them – among others, the reinforcement of the position of controlling shareholders – are indeed apparent. However, other qualified voices, such as the Spanish securities-market regulator or the State Council (Consejo de Estado) have been more favourably inclined towards the implementation of this mechanism.

At the EU level, the European Securities and Markets Authority has in the past taken the more cautious view that, while a few member states have recently introduced this mechanism in their legal framework, it would be worth assessing the impact of such regulatory novelties before issuing a general recommendation on the topic.

On balance, the Spanish legislator has considered it advisable to institute loyalty shares to promote the competitiveness of Spanish companies, providing them with an instrument that is already regulated in many neighbouring countries.

We will have to wait at least another two years for a clearer picture of the effect of loyalty shares on the Spanish market.