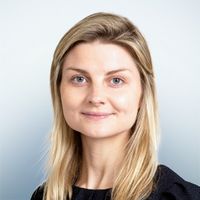 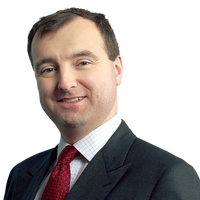 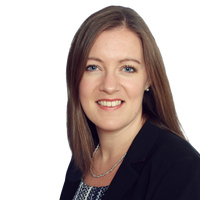 Over the last 12 months, global markets have been amazingly resilient, indeed even buoyant, aided in large part by governments around Europe and the world providing seemingly unlimited funding and extensive financial stabilisation measures, such as quantitative easing.

This, coupled with protective legislation for companies to prevent insolvency filings and to ensure continued trading – for example, moratoriums, relaxations on insolvency filing obligations and restrictions on creditor actions – has given businesses significant breathing space and prevented widespread failures.

However, unless further government action around Europe and beyond is forthcoming, might we be heading towards a cliff edge in the spring? Or will we see the long-running game of ‘kick the can down the road’ go into extra time with further extensions?

Broadly, the various (jurisdiction-specific) forms of the key protective measures mentioned are due to end over the next month or two.

In Spain, unless an extension is announced, the following will end on 14 March 2021:

In the UK, 31 March 2021 will see the end of the relaxation of certain filing obligations and restrictions on creditor actions (unless further extension(s) are announced).

A day later, on 1 April 2021, the UK suspension of the wrongful trading regime will end.

In the Netherlands, unless an extension is announced, 1 April 2021 also marks the end of the Temporary Payment Deferral Provisions 2020, which provide that a company in financial distress can request the court to defer the treatment of a bankruptcy filing by a creditor for a period of two months (extendable up to two times by a period of two months).

Without any further government action around Europe, companies already struggling could face even more difficulty as protections fall away and creditors regain their ability to take action. There are signs that some governments are beginning to focus on this potential cliff edge.

In certain countries, key protective measures had been due to end recently but governments have been doing piece-meal extensions as they grapple with ending the existing measures without a sudden drop off. For example, the moratorium on bankruptcy in Belgium ended on 31 January 2021 but this has been tacitly extended in the meantime due to larger reforms being discussed.

Similarly, in Germany, key protective measures are slowly being phased out. In particular, the suspension of the filing obligation has repeatedly been extended (only last week with effect until the end of April) but with its scope having been continuously reduced (eg the suspension now only applies for companies eligible for state aid measures). This can be viewed as an attempt to soften the drop off. An effect of this is that the analysis as to whether various measures apply to companies/directors has become complex over time. It is yet to be seen whether other countries will make more formal extensions or proceed in this more piece-meal approach.

The UK government may be contemplating similar action. In a recent UK Parliamentary debate on the subject for example, a government minister stated that the UK government was working on ‘measures to address what we are aware is a potential issue’. So legislation of some form or other seems likely in the UK.

Furthermore, last week, the UK Government published draft regulations to extend to 29 April 2022 the so-called ‘Henry VIII power’ in the Corporate Insolvency and Governance Act 2020, which is due to expire on 30 April 2021. This power enables the Government to amend temporarily certain aspects of the insolvency and restructuring procedures for certain limited purposes (eg entry requirements for insolvency proceedings, and directors' liabilities).

Even if the UK regulations are passed, on their own, they do not change anything. But they do at least seem to signal that the UK Government is aware that there may be challenging times ahead and it may need the power to take certain actions at short notice and without a lengthy Parliamentary process. A UK Government announcement on the status of the current financial support measures is expected in the week commencing 22 February 2021.

So, it is clear there is a cliff edge and that some governments are already taking steps to pave a glide path to mitigate the sudden drop, with signs that others may follow suit. For now then, it remains to be seen the degree to which such cliff edge may be softened, so watch this space.

So, it is clear there is a cliff edge and that some governments are already taking steps to pave a glide path to mitigate the sudden drop, with signs that others may follow suit