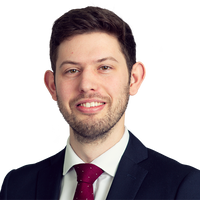 At 11pm on 31 December 2020, the UK-EU Trade and Cooperation Agreement (TCA) came into effect, implementing the UK’s exit from the single market. The TCA covers some important things in great detail and some things more scantly. Unfortunately for insolvency practitioners, it is largely silent on almost all issues relating to insolvency, meaning that, despite not technically having a 'no-deal' Brexit, for insolvency practitioners it may certainly feel that way.

The UK has lost the benefits of automatic recognition of English insolvency proceedings across the EU as previously catered for by the European Regulation on Insolvency Proceedings (EIR). Only proceedings opened prior to 31 December 2020 will be protected by the EIR (hence the lawyers scurrying to the court before 31 December 2020.)

Proceedings opened after this date will require applications to the courts of each country where recognition is sought relying on the national law of such members states. Whilst not an insurmountable issue, it seems likely that the time and complexity required for recognition of English proceedings in the various member states will increase.

Several avenues for recognition in the UK remain open for an insolvency officeholder appointed in insolvency proceedings opened in an EU member state.

Where such proceedings require recognition in the UK post-31 December 2020:

Further, for money judgements, the Foreign Judgments (Reciprocal Enforcement) Act 1933 may be available, if the country seeking recognition is listed in that Act.

Recognition in Europe of schemes of arrangement and restructuring plans

Prior to 31 December 2020, schemes of arrangement have, at least by UK practitioners (although not decided conclusively, the UK courts), generally been considered to fall within the ambit of the EU Judgments Regulation. As such, sanctioned schemes (as a judgment by the English courts) would have benefited from recognition in EU member states’ courts.

There are a number of alternative avenues by which schemes (and the new UK restructuring plan) could continue to be recognised by EU member state courts:

The loss of the EIR is undoubtedly a significant blow for cross-border restructurings involving the UK. The EIR was rightly considered a comprehensive and helpful piece of legislation, helping to provide clarity at least in relation to the right forum to an often-troublesome area. The likelihood of parallel insolvency proceedings in multiple jurisdictions must be higher as a result of the loss of automatic recognition across the EU, bringing with it associated complexity and cost. We would hope that, in the coming months, the UK and EU will seek to agree some form of replacement for the EIR – but sadly there’s no particular indication that this is high up the list of priorities.

The current challenges, while novel in some ways, have precedent in dealing with cross-border insolvency scenarios involving jurisdictions outside of the EU. Insolvency practitioners have dealt with parallel proceedings before with cross-border mandates involving the US or Asia for example. New European restructuring tools (such as the Dutch and German schemes, which are both now in force) should also provide additional ways for practitioners to seek to address these challenges. There is also plenty of potential to continue using the English scheme, albeit that recognition around Europe will involve more work and structuring.

The current challenges, whilst novel in some ways, have precedent in dealing with cross-border insolvency scenarios involving jurisdictions outside of the EU

Getting deals through in 2021: navigating a new political and economic landscape
Theodore Souris, Sarah Jensen

Global M&A in 2020 – and what to expect in 2021
Matthew Herman, Robert Ashworth, Richard Perks
repost  cancel