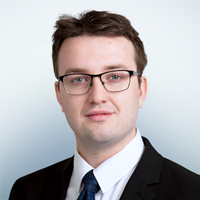 The new Corporate Insolvency and Governance Bill (the Bill) has been introduced into the UK Parliament and proposes significant changes to insolvency law, including:

In addition, the Bill proposes to introduce temporary changes which are intended to provide a measure of protection to companies during the COVID-19 pandemic. For example, the Bill includes a prohibition on winding up petitions being presented by any creditor on or after 27 April 2020 on the basis of a statutory demand served from and including 1 March to one month after the Bill comes into force (expected sometime at the end of June or July).

At a high level, the rationale behind the Bill appears to be to make it easier for companies to carry out debt restructurings so that they can continue as a going-concern. Significant concern has been raised however that certain aspects of the Bill will weaken the position of defined benefit pension schemes. For example:

The Bill sits awkwardly alongside the new Pension Schemes Bill, where greater regulatory oversight of pension schemes is envisaged through the increase of the UK Pension Regulator’s ability to intervene in corporate affairs, as well as the introduction of potential criminal liability where actions are taken which are detrimental to the pension scheme. See our previous briefing on the Pension Schemes Bill here.

However, although the Bill clearly does have significant issues (the “super priority” in relation to the moratorium being most notable), the new restructuring plan has at least the potential to bolster the pension scheme’s position and increase its leverage in negotiations.

The Bill is scheduled to be examined at the committee stage in the House of Lords on 16 June 2020.

For further details of the pensions implication of the Bill, please see our briefing below: “The Corporate Insolvency and Governance Bill – a pensions perspective”. 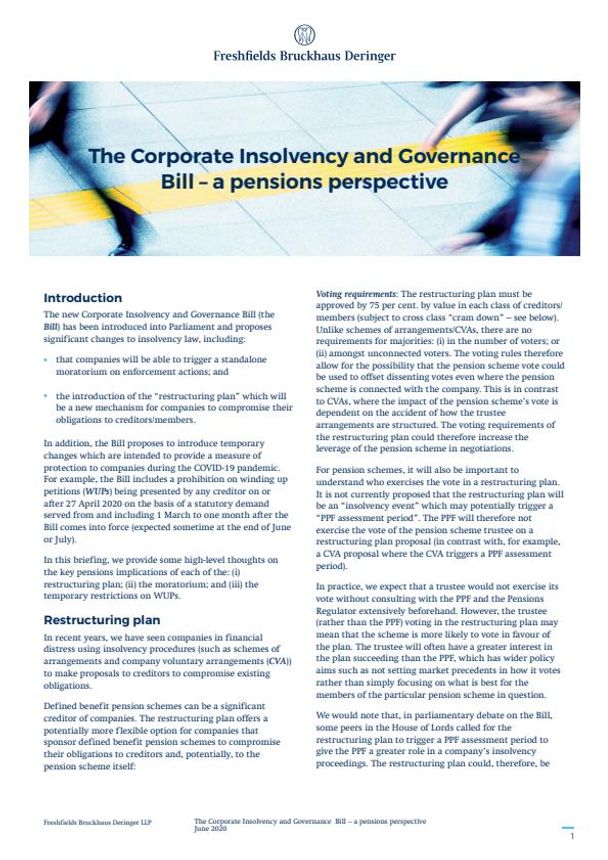