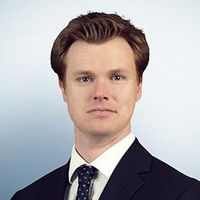 The Bank of England and the UK Financial Conduct Authority (FCA) have declared 2020 as the year of acceleration in the race to decommission the London interbank offered rate (LIBOR) by the end of 2021. Institutions have been informed that the volume of LIBOR referencing products must be 'significantly reduced' by Q1 2021. Today, that volume is still increasing.

The over-the-counter derivatives markets, led by the International Swaps and Derivatives Association (ISDA), have been working hard to deliver viable solutions to make the transition from LIBOR. As of now though, the market still awaits the publication of those solutions.

What is ISDA suggesting?

Existing ISDA documents that reference LIBOR already contain fall-back provisions addressing non-publication of LIBOR rates. Unfortunately, these are only designed for a temporary failure, and not a permanent cessation, of LIBOR.

To tackle the issue, ISDA will amend the fall-backs for LIBOR rates to replace them with the new risk-free rates (RFRs), which have been anointed as the successors to LIBOR. Parties to legacy transactions will be able to amend their documentation by both adhering to an ISDA protocol. ISDA protocols are a multilateral method of a party agreeing to make standard amendments to existing ISDA documents with each of its counterparties who wish to make the same amendments.

What is the latest timing?

Originally ISDA had aimed to publish the amendments to its documents and the associated protocol ('the Protocol') in late 2019. This has now been delayed. The principal reason is that ISDA is now consulting again on what is the correct trigger for the fall-back from LIBOR to an RFR. The previous consultation in 2019 led to the conclusion that only the permanent cessation of LIBOR should trigger the fall-back mechanism.

Separately, the FCA has been encouraging the market to consider pre-cessation triggers, emphasising that were it to declare LIBOR to no longer be representative of the underlying market, the time window to permanent cessation could be very short. Consequently, ISDA will approach the market later this month with a new consultation on the point.

While the exact timetable for completing the consultation has yet to be announced, the overall effect is expected to delay publication of the Protocol and amended documentation until late spring at the earliest.

What can we do in the meantime?

In isolation, the Protocol is undoubtedly an elegant and cost-effective solution to amending a huge number of LIBOR-referencing contracts that otherwise could not realistically function following a permanent LIBOR cessation. But derivatives contracts do not operate in isolation. Users of interest rate hedging products must be careful that by updating their derivatives contracts at a specific point in time (see below), they do not exchange one problem for another. The cash, and in particular loan, markets are not as developed with their LIBOR transition. In particular if a 'Term SONIA' rate is produced and accepted by the market and regulators, a hedge updated by reference to a RFR which compounds in arrears will introduce a new basis risk. And that is the opposite result of what regulators intend and what the market would expect.

The very fact that ISDA has launched a further consultation, prompted by the approach of the regulators, suggests there must be a reasonable chance that pre-cessation triggers will feature in the amended ISDA documents. Even if these are not 'baked in', a more complex Protocol giving parties the option to include these will probably be offered.

Once the Protocol is published, an initial adherence period of several months is likely, with the actual date of amendment of legacy contracts at the end of that period. While some might see the irony in a regulatory driven consultation delaying ISDA’s important initiative in the year of acceleration, LIBOR replacement is far too complex a process to be rushed even further.