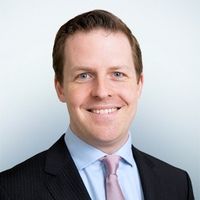 Poison pills, dawn raids, staggered boards, white knights, the pacman defence – these are the colourful terms that come to mind when the subject of a hostile takeover approach comes up. But whilst there was a time that advisers did spend their time dreaming up bold new approach strategies and complex structural defences for their clients, the reality today is that the public jousting involved in a hostile takeover is more likely to take the form of a sophisticated public debate between the bidder and the target board using business data, glossy reports and the media. In the audience watching, listening – and ultimately deciding – are the target shareholders.

Many jurisdictions such as the UK have for long time sought to protect the ability of target shareholders to decide the merits of a bid without the board creating obstacles for bidders. Even in the free market of the United States, often the prime battleground for pugnacious M&A tactics, activist shareholders have long campaigned for structural obstacles to be removed at annual proxy meetings of S&P 500 companies so that the real debate can focus on what shareholders really care about – value.

Public takeovers often have tightly regulated timetables, giving bidders a relatively narrow window to make their case and use the element of surprise. Targets on the other hand must constantly be on their guard for an unsolicited approach. This drives M&A counterparties to plan carefully – lack of foresight and clumsy public statements can make the difference between success and defeat. A well-articulated and carefully prepared assault on – or defence of – company performance means that arguments can be deployed quickly and successfully in the heat of battle.

Targets that play the national champion card or are too quick to portray bidders as aggressive asset-strippers may find that shareholders are less sympathetic than the media or politicians – as both Cadbury and GKN found out in their defences against Kraft and Melrose. Similarly, bold claims about the “true” value of assets or new proposals to create value through a change in strategy may make the target seem too reactive – and if the local takeover regime requires complex valuation reports to verify the claims it could be difficult to prepare them at short notice. In a world of increasing muscular enforcement and coordination by antitrust regulators, doing homework on likely overlaps and possible remedies is also essential to avoid getting stuck further down the track.

That said, it is important to remember that many jurisdictions such as France or Japan do not particularly welcome hostile takeovers in the first place (although Itochu’s recent assault on Descente and Star Asia’s takeover of Sakura could be a sign that the Japanese market is changing). Germany has often proved to be a difficult market for hostile bidders in the past. There is also a global trend towards more protectionist laws being introduced to ward off unwelcome foreign predators, with new laws being implemented in many major jurisdictions in recent years – and the regulators such as CFIUS with the power to enforce them showing a keen willingness to do so. Whether that moves the takeover debate further away from value remains to be seen – not least because shareholder activism is also on the march globally and is pushing firmly in the opposite direction. M&A practitioners everywhere will be watching closely as events unfold.

Do feel free to reach out to me to discuss further if this is of interest.