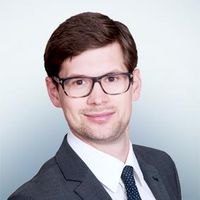 On 28 March 2019 the European Parliament adopted a Directive on insolvency, restructuring and second chance (the Directive). This project has had a long tail, following a Commission Recommendation issued in 2014 and, after that had no impact, a draft Directive in November 2016. This draft Directive is now about come to fruition. It has three main aims

2. to ensure that entrepreneurs have a second chance through an effective debt discharge mechanism; and

3. to ensure that Member States put in place measures to raise the efficiency of restructuring, insolvency and discharge of debt procedures more widely.

The Directive’s objectives are to contribute to the proper functioning of the internal market and to remove obstacles to the exercise of fundamental freedoms. It aims to ensure that viable enterprises and entrepreneurs in financial difficulties have access to effective national preventive restructuring frameworks which enable them to continue operating.

The Directive needs to be formally adopted by the European Council, which is expected to happen at the Council meeting on 6/7 June 2019. Following this, the Directive will be published in the Official Journal of the EU and will enter into force 20 days later. Member States will then have two years to implement the Directive (plus an additional year if they encounter particular difficulties during implementation), so we are looking at an implementation date of June/July 2021 or, in special cases 2022.

What are the key features of the restructuring framework?

Where there is a likelihood of insolvency (but importantly where the debtor is not yet insolvent as defined by national law), Member States must provide debtors with access to a preventive restructuring framework that enables them to restructure, with a view to preventing insolvency and ensuring their viability.

The preventive restructuring framework is available on application by the debtor but Member States may permit creditors’ and employees’ representatives to apply with the agreement of the debtor.

Some key features of the restructuring framework include: